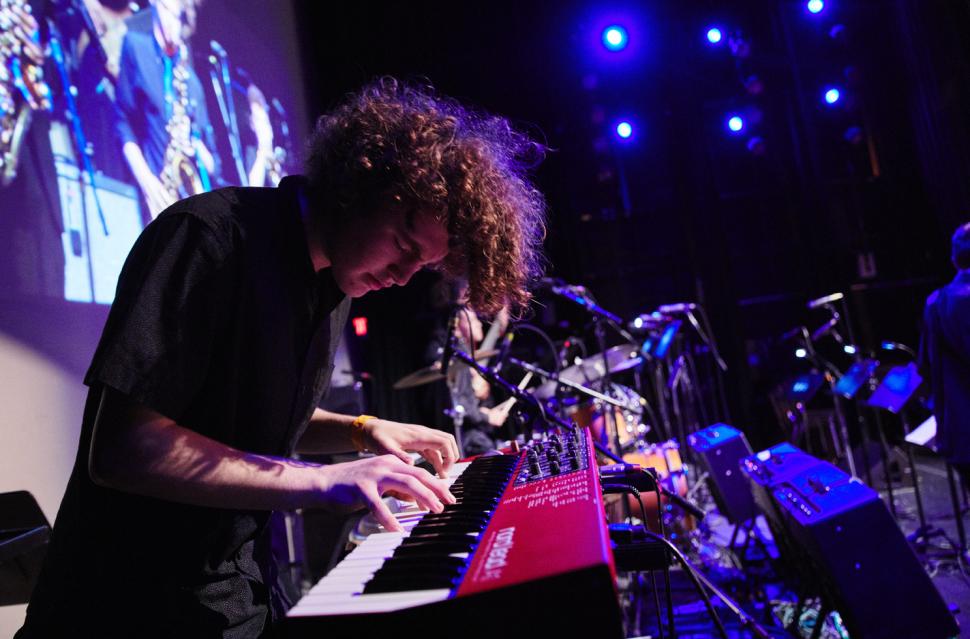 How Hard Is It To Learn Piano?

Forgive me for taking a detour this morning, but an article titled “How Hard is it to Learn Piano?” popped up in my news feed and curiosity made me click.

You see, I’d been a 3-chord “campfire style” guitarist for most of my life until I self-taught myself to play keyboard and decided to begin to spread the fret wear beyond the third fret by using what I’d subsequently learned about music theory.

So I’m reading this article and nodding my head as I read about practicing at least 30 minutes a day, every day. But I almost spilled coffee down my shirt when the article pooh-poohed “cheap digital keyboards”, basically saying that only a real upright piano with 88 keys will do for learning.

The article hammered this point home several times until I’m pretty sure that anyone without the resources or room for a big piano would have been thoroughly discouraged and moved on to shopping for harmonicas or dulcimers!

If you knew nothing about pianos and keyboards, you’d likely accept the article’s premise that you can’t learn on a keyboard with fewer than 88 keys, right?

But by that premise, all 6-string guitars are useless! You see, a piano has 88 keys (notes) in over eight octaves, where a typical guitar (and its six strings) is capable of four and-a-half octaves.

But what about all the notes I was unable to play? Well again, I had more notes than most guitars. I have tons of music books and I play hundreds of songs, so how many songs was I unable to play? Two.

But “unable” isn’t quite the right word because there is a function on the keyboard that can move all the melody keys one octave up or down. But pressing a function key was “too much trouble” for me, so I just skipped those two songs.

Which Is Better – Digital 61-key Keyboard or 88-key Piano?

Trying to get my left hand to do the chord shape AND arpeggios while the right hand played melody, turned out to be a bit much for my nearly seventy-year-old hands! And I nearly gave up.

Until I read the little manual that came with my $99 keyboard and learned about auto-accompaniment. Now, I only had to make a chord shape with my left hand while my right played melody and an entire “band” played along with the right notes while keeping the beat!

Even better, I could choose the style the band played, which instruments they would play and the tempo. I slowed songs down a bit until I was getting the hang of things, then sped them up to proper speed.

Skipping arpeggios really sped up my learning process and those “bands” made me sound pretty good! Within seven months, I could play all my favorite songs well enough to get applause from friends and family. I wasn’t ready for Carnegie Hall, but I’d come a long ways!

The “piano” setting of my $99 Casio sounded pretty darn good. But the other instruments varied in quality. And that’s the most charitable opinion I can give them!

So after a few months, I sold the Casio for $60 and upgraded to a $199 Yamaha. Much better feel of the weighted keys, more accompaniment styles, more instruments and a bit better quality of sound from those instruments.

What a difference! I was on cloud 9. For about four more months. By this time I was playing my favorite songs flawlessly and felt I was ready for “professional quality”! LOL!

So I bought a Yamaha PSR720 61-key keyboard. It’s been about eight years now and I’m still very happy with this keyboard. I can even use my computer to create new accompaniments if I can’t find an appropriate ready-made one for any particular song (which is rare).

My keyboard stand folds up and fits into the same bag as my keyboard and the bag then fits neatly behind the sofa or upright, in a closet.

I can easily take my keyboard in my car or motor home, wherever I go.

I could practice anytime because I could turn the volume down or plug headphones in to avoid disturbing others. Being able to practice often is the key to learning.

If I had to learn on an upright piano, I would have been limited in the hours I could practice.

Now that I’ve gotten the hang of playing, I could go back and learn to play arpeggios with my left hand if I wanted. And maybe I will someday, just in case I ever encounter a real piano that can’t do auto-accompaniments. But I really prefer the full sound of my “one-man band” on my keyboard.

I think that Fidlar and FidlarMusic.com have done a real disservice to people who want to learn to play keyboard or piano and I’m saddened to think of how many people they may have dissuaded away from a past time that could have brought them many hours of wonderful enjoyment.

If you’ve thought about learning “piano”, trust me – you don’t need an instructor and you don’t need a “real piano”. Buy a $99 keyboard (or better if you like), get some “Hal Leonard ‘EASY’ Fake Books” in the style of music you prefer. But if that style isn’t “Country Music”, then get the country one too because its songs are the easiest to learn at first.

This will give you the foundation you need to move forward and learn other keys (Songs in the keys of ‘G’ and ‘F’ should be the next two your learn).

If you can find a two-chord song or two. Songs that use only chords ‘C’ & ‘G7’ for instance, stick with those until you have those two chords down really well. Then move on to songs that include ‘F’ chords.

I started practicing a minimum of 30 minutes a day but I averaged about 45 minutes a day. I never missed more than two days in a month. Within a few months, I was playing songs alright, but making mistakes. By the seventh month, I could play my favorites flawlessly and most other songs after a run-through or two.

I think younger people will probably learn faster than I did. I have arthritis in both hands which hampers my flexibility, but I think playing keyboard (and guitar) has been a sort of therapy.