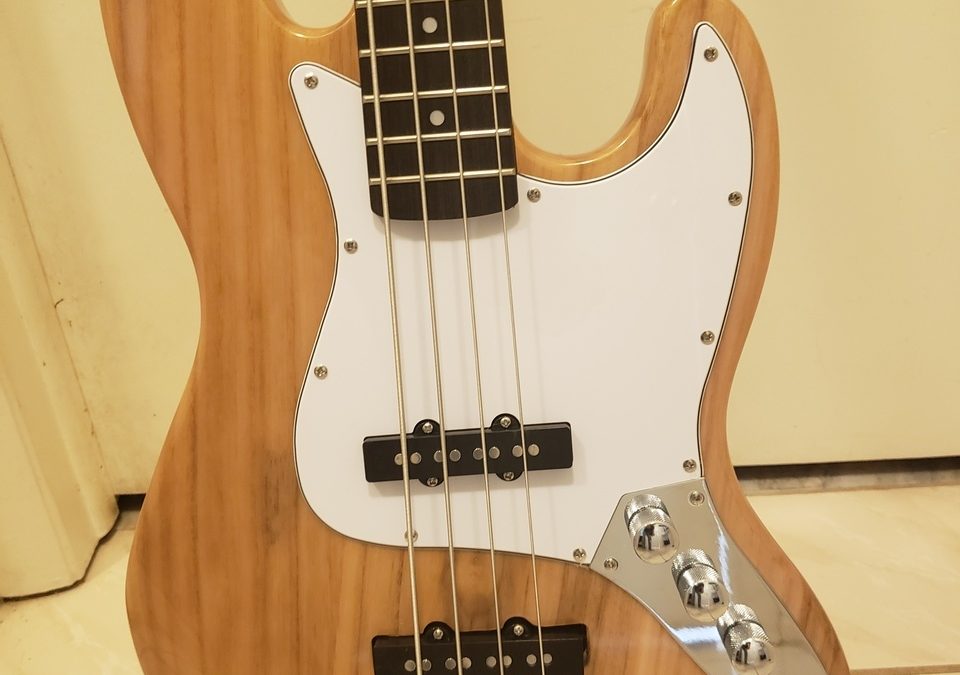 You’ve probably seen these guitars – from about $79 to just a tad over $100. They look beautiful! But are they any good?

If you check out the YouTube channels, you’ll find several “guitar gurus”, who unbox these, squint and look closely; pronounce something about the finish not being great – but then proceed to lay on the props for how well it plays “for the money”.

We don’t really know if these people are paid, and we don’t know how truly knowledgeable they are about guitars – BUT.. I can give you a clue. You don’t just squint at a guitar, play a riff or two then make pronouncements as to its quality. NOT if you really know what you’re doing.

I went beyond the “squint and riff” inspection level and actually analyzed this guitar – as I do with every guitar I go through and setup.

But at our nightly jam session, just the night before – and just hours after we unboxed it – my wife said the guitar was very uncomfortable to play. It was rather “noisy” also, with some sort of interference coming through the amplifier. The E string wasn’t sounding out clearly and we could hear some buzzing.

She’s only been playing bass for a year or so, but she has the callouses and I think she plays pretty well. So, the next morning, I put the guitar on the bench for one of my thorough setups. Here’s what I found (see whiteboard photo above)..

Before starting, I stretched and tuned the strings.

I immediately saw why the E string didn’t sound clear – by coming off the top, rather than the bottom of the tuner key post, it wasn’t providing the downward pressure against the nut, that is needed for a clear tone.

(It’s worth noting that getting the right string height depends on the player, style of music and other factors, but in general, most players want it low as possible without buzzing.)

So picture some kids playing “jump rope”. One kid at each end of the rope and one jumping in the center. At what point does the string swing widest? In the center.

If we want our guitar strings low and close as possible to the fret tops, as we lower our saddles we can expect the strings to first contact frets in the center (while being strummed). That’s why we want just a little bit – around 0.010 inch, or a quarter of a millimeter – of extra room between the string bottoms and fret tops at the seventh fret (strats & teles) when fretted at the first (capo) and last fret.

This allows us to nudge our saddles just a bit lower for more comfortable playing.

Wound strings were 0.12 inch when measured at fret 17 and capo’d at 1st fret. That’s quite a bit higher than the 0.095 for E and 0.08 at G that I generally shoot for on bass guitars. You don’t have to be a good guitar player to instantly feel the difference and appreciate how much more comfortable the lower setting is.

The pickups were too low which would likely lead to a muddy, less-distinct sound.

I found five frets sticking up too high (using my fret rocker tool) and stopped checking after finding fret #13 high when I realized that it needed fret levelling/crowning work.

The frets were quite high and I spent more time than I’d hoped, at leveling frets.

Before levelling, I filed the sharp fret ends, to make for more comfortable playing.

As you can see from my white board (and above photo), there were also problems with the bridge ground and intonation. By the way, on my white boards, red ink indicates problems. Green ink shows the resolution of those issues. Blue ink indicates that no work was needed.

When you don’t have a good bridge ground, you’ll get noise (interference) through your guitar amp. You can’t really play this way – the ground has to be working.

Well, the sawdust was taller than the wire which created two problems –

The last step – well, next to last step, since a final polishing is my actual last step – is intonation. This brand-new guitar was badly out of intonation before I started setting it up and wasn’t much better now – 15 cents was the average or about one sixth of the way to the next semi-tone.

Obviously, I can’t recommend these guitars as shipped by Glarry. However, after a thorough setup, the guitar feels good and plays nicely.

In my opinion, there’s little point in talking about the sound or tonal quality of the pickups, etc. Of course they’re cheap pickups. But cheap pickups often vary in quality, meaning you definitely can come across good-sounding, cheap pickups.

But only your ears can define what is meant by good-sounding!

This guitar and one that is similar, is for sale for $119 with my one year electrical warranty and thirty days of free setup adjustments (if you can come to me). Comes with gig bag (very thin one). 20 watt bass amp, also brand-new, is just $49

We jammed a bit last night. Wife played this bass. It sounded good and she said it played nicely too!