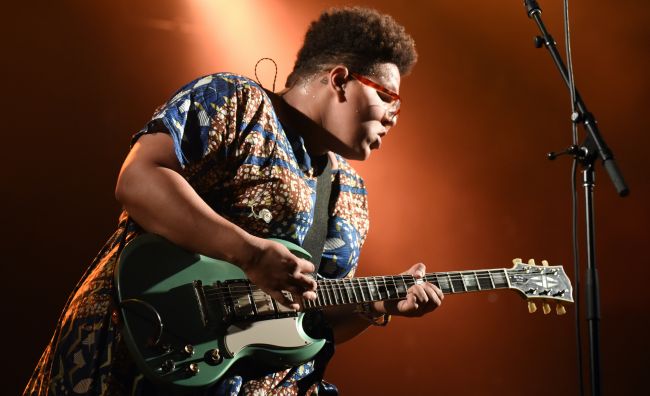 Their latest article about Britney Howard’s belief that filthy pickups are the key to her sound is a real disservice to its readers and guitar players everywhere.

That crud can corrode and eat into your pickup poles, which may indeed affect sound eventually, but probably not in a good way or manufacturers would make them like that to start with. The crud can destroy protective coatings on your windings, create shorts, soften the wood where the pickups are anchored and cause all manner of problems.

If I hear one more word about “tone wood” (on solid body guitars), filthy pickups, corroded strings, filthy fretboards, etc. – being the “key to a great sound”, I think I’ll start selling “Pixie Dust” that is “Guaranteed to make you sound like..” (enter name of your famous guitarist here.)

Electric guitars make their sound by vibrating a conductor in a magnetic field which induces a tiny ac current in the coils of a pickup. That current gets sent to your amplifier which (surprise!) amplifies the signal and sends it to a speaker where the current is converted into a sound that generally mimics the sound of your vibrating strings.

If the wood of your guitar is considered non-conductive and non-magnetic (which would be all wood that comes from this planet!), then it cannot interact with the electro-magnetic fields that create your sound.

That leaves just one way for the wood to matter – if it allows the two anchor points of the strings to flex – as in maybe a rubber guitar body. Many argue that this is how the wood affects s ound. But stop and think a moment – any wood that is so soft that the anchor points (where tuner keys meet the headstock; nut meets the neck; saddles, bridge and tailpiece (if any) meet the body; etc..

..if any of these points were allowed to “give” in any appreciable manner, your tuning would keep going flat until it reached a point where the soft wood was compressed to the point where it was no longer soft. At that point, it would be as hard as any hardwood.

I’ve worked on some pretty cheap guitars – even $50 brand-new! I’ve never seen one made of balsa wood or anything that would act like I’ve described above.

Any wood used for guitars has to be capable of anchoring solidly. Any microscopic differences would soon stop having an affect as the wood became compressed.

Every used guitar is unique, just like any used car is unique. Two models of the same year, color, etc. will not have gone through the same experiences, and those differences can affect playability and sound.

I think we should realize that “sound” is experienced in our mind more than in our ears. I would love to see an experiment that showed two exact same guitars, but made of different woods, displaying different signals on instruments and proved that those differences were due to the wood difference – AND that those differences could be noticed by the average guitar player.

I’ve seen first-hand, that a person’s expectations can affect what they think they’ve heard. Tell them they’re listening to a $10,000 “Stratovarius Rockenbacker”, then play a Squier and they’ll be “amazed at how great the sound is”!

If you don’t believe me, I have some Pixie Dust to sell you.