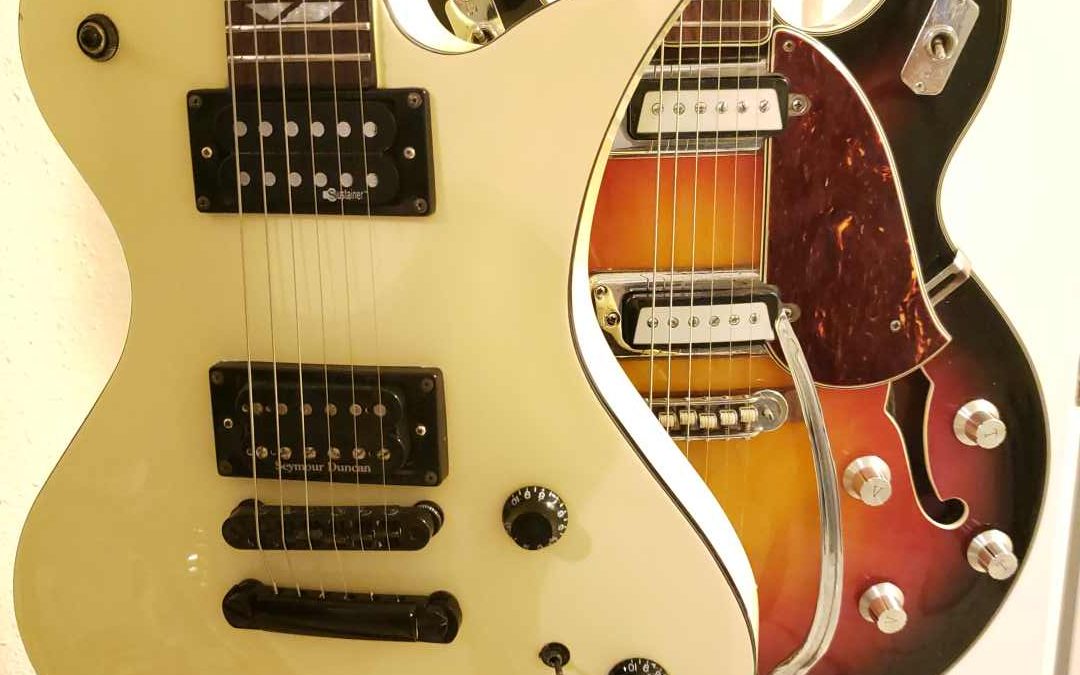 How to Insure Your Guitar Purchase

A new customer brought me two guitars to setup. Both were new acquisitions for him. He was happy with his purchases and excited to be getting them setup to play well.

Unfortunately, I had to break some very bad news to him. The Fernandes – a beautiful guitar that he’d gotten “a deal” on, had a broken headstock that had been badly repaired. Though the neck had been glued – hopefully with Titebond or hide glue – the headstock still had a 1/16″ crack that would likely compress when strings were tuned and cause tuning issues.

But that wasn’t all. The frets were badly worn, so that no amount of setup would likely let it be played well unless we did a level and crown. Fortunately there was still plenty of fret height for levelling.

But that wasn’t all! The nut was worn so low that two strings were resting on the first fret! Total cost to put this guitar in good playing shape – new nut, level & crown, setup & new strings – and fill the open headstock crack – $150. That Fernandes wasn’t looking like such a great deal any more!

Next up – an Encore 335 clone from the Matsumoku factory in Japan, back in the sixties! These generally go for $300+ and this was a fine-looking guitar. But I must stress the “looking” part!

The frets had been levelled a bit beyond the suggested minimum height of 0.025 inches and it appeared that they forgot to crown the frets after levelling. It also needed a new nut with E and A strings sitting just 0.005″ off the first fret – well within buzzing distance for open strings.

Thankfully, its levelling job looked fairly recent so there wasn’t much wear, because there would be no more levelling for these frets that were barely above the fretboard. Since this guitar’s value wouldn’t justify a refret, I decided to save the customer some money and used an aluminum shim to raise the nut. I prefer metal shims to wood in order to preserve every last bit of tone.

I did have a bit of a scare when I tried to adjust the relief (truss rod). The nut didn’t want to budge and I didn’t want to see the rod break through the fretboard. A bit of heat, tapping and judicious use of strong language finally allowed the nut to turn just enough to get the relief down close to 0.010″. If the neck bows back to 0.020 again, I wouldn’t bet on having enough adjustment left to rectify it.

But with the frets so low, it probably won’t matter. I figure about a year left of fairly heavy use. Maybe three to five years if used more moderately. This is a bolt-on neck, so there is always that option – but then there goes about half your resale value!

This is a cautionary tale. If you are not a knowledgeable, experienced guitar buyer, either buy from a reputable dealer or have a dealer check out your prospective new guitar before reaching for your wallet.

I charge just twenty dollars to inspect a guitar. You can meet the seller here and if you have me do a setup on the guitar, I’ll apply the twenty dollars toward the sixty dollar setup. So that twenty costs you nothing if the guitar turns out to be a good deal and limits your loss to twenty dollars if it’s a lemon.