String Height Measuring – Capo or No? 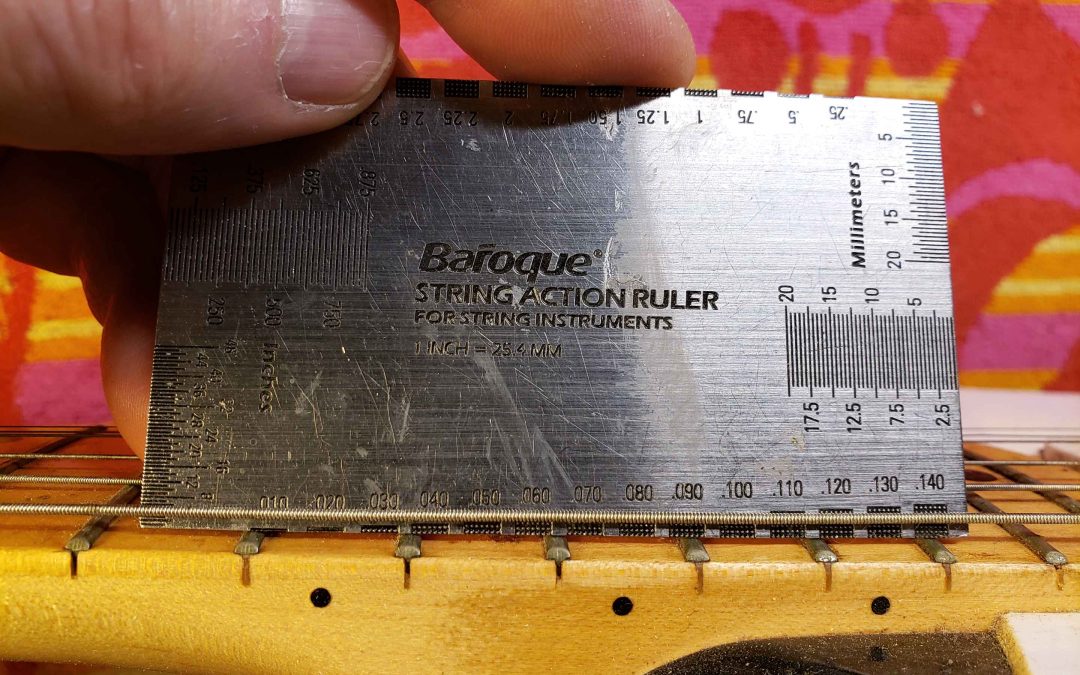 This morning, I had a customer tell me that I’m wrong to measure string height at the 17th fret (Strat) with a capo on the 1st fret and stated that his Fender manual doesn’t say to use a capo for anything other than setting relief.

Lots of debate on the forums about this, so let’s settle it once and for all, shall we?

Who should we use for reference? Fender “invented” the Strat and Tele but they’ve been ambiguous on this matter. I’ve seen Fender manuals that said to use a capo, but all the ones I’ve read lately don’t mention capos for setting action. Some Fender manuals don’t even suggest a particular measurement, while others give 4/64 inch at the 17th fret.

Dan Erlewine’s “Guitar Player Repair Guide” (which I highly recommend) says to capo at the 1st fret and measure at the 17th fret for Strats and Teles.

Gerry Haze of Haze Guitars (the most knowledgeable guitar guy I know!), says to use a capo when measuring string height, and he gives excellent reasons on his website.

And my very favorite guitar tech – Me – LOL! – says to use a capo, but whether you do or not, be consistent and always measure the same way.

What’s the difference? IF your nut slots are cut correctly, on a 25.5 inch scale guitar, measuring at the 17th fret with the string height at 0.064″ (Erlewine) the difference between measuring with or without a capo is roughly 0.010″ which is about 2/3rds of 1/64th of an inch.

Note that my calculations depend on your nut slots being cut correctly, which would be roughly 0.012″ – 0.016″ measured at the 1st fret while fretted at the highest fret. Unfortunately, new guitars are often shipped with slots from 0.025 to 0.035 above the 1st fret! And that’s going to mean a much bigger difference if measuring string height without a capo.

When you’re actually playing, most strings are fretted. Open chords generally use three or four fingers (apologies to EM and A7), and many of those chords do not play all six strings. Barre chords fret ’em all, of course. So, on average, most strings will be fretted, meaning that the nut slot heights will have no effect on string height – which is another reason to take them out of the equation.

If you only have one guitar and you stick to one method or the other, you shouldn’t have any problems. But if you have multiple guitars or you do setups for others, then it just makes sense to take the nut out of your string height equation.

THERE! We’ve settled the issue. 🙂