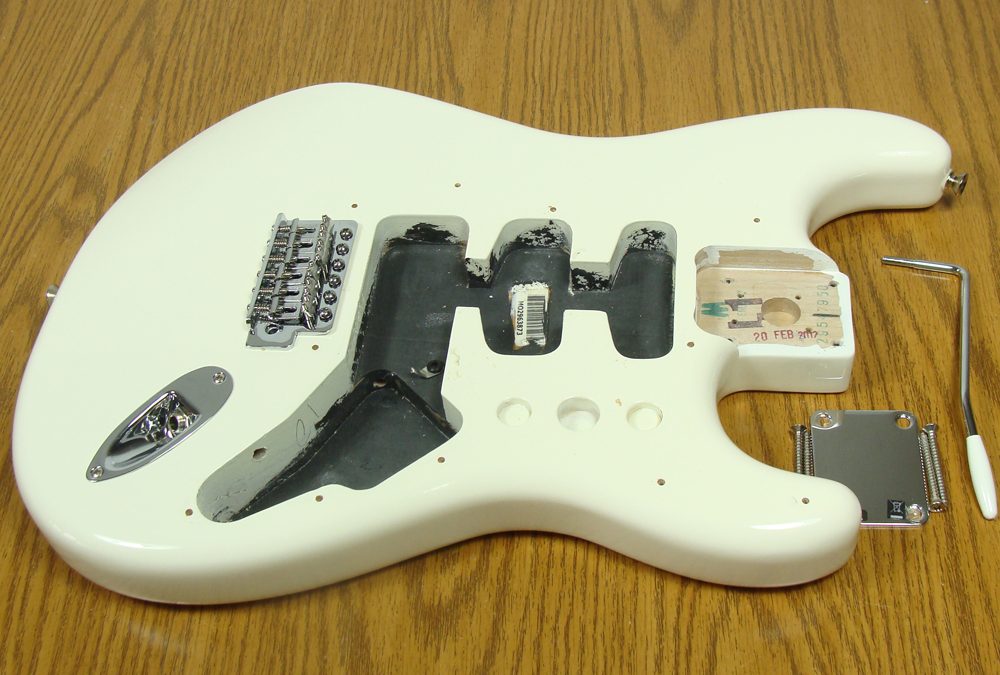 We just returned from visiting family for Thanksgiving.  As we drove from Florida to Missouri, then down to Oklahoma and the southern route back home, we kept a close eye on local ads – Craigslist, Marketplace, Letgo, OfferUp, etc.

The fact is that new Squiers sell from $149 (Bullet), $199 (Affinity) and $249 (Standard) and usually those prices are discounted further a couple times a year.  Just the fact of being “used” knocks the value down by at least 33% if not 50% – depending on condition, etc.

RULE #1: Never pay more for a used Squier than what a new one costs, unless you’re an expert and you understand what you are doing.

Now, what about these cheap “Fender” guitars, selling for $250 and less?  Unless they have obvious problems, 99 out of 100 of them are NOT “Fender” guitars.  Most are actually Squiers.  Sure, Squier is made by Fender but the distinction is important.

A made in Mexico Fender Stratocaster guitar starts at $599 at places like Sam Ash and Guitar Center.  Used ones generally sell from $300 to $450 or so, depending on condition.  Authentic-looking Fender decals abound on eBay and other places on the internet and it’s a fairly common practice for scammers to sand off the Squier logo and replace it with the Fender decal.

If you remove the pickguard, you’ll find three holes drilled into the body and at least partially covered with the original paint on actual Mexican Fender guitars.  Also, they will have the larger potentiometers.  Usually the saddles and tuners will have the Fender logo and the body thickness will be 1.75 inch instead of the 1.5 inch thickness of most (but not all!) Squier guitars.

RULE #2:  If not buying from someone you trust, assume the guitar is NOT an actual Fender!

If you’re not knowledgeable in guitars, do not buy a “real Fender” guitar from someone off the internet.  Buy from a reputable seller.  Guitar Center and Sam Ash sell new and used guitars.  Also, there are people like me who regularly buy, repair and sell guitars who have a reputation to protect and are not going to try and scam you.

You can buy pickup covers on eBay that say “Seymour Duncan”, for just a few bucks.  A scammer will do this and replace the no-name covers on a Squier or other guitar.  If you’re not an expert, this one is difficult to spot!

It’s usually the occasional seller who sells the counterfeits – sometimes not even realizing that their guitar is not a “real Fender”!

At any rate, Buyer Beware – know that there are a ton of them out there today.  After all, “Tis the season”!