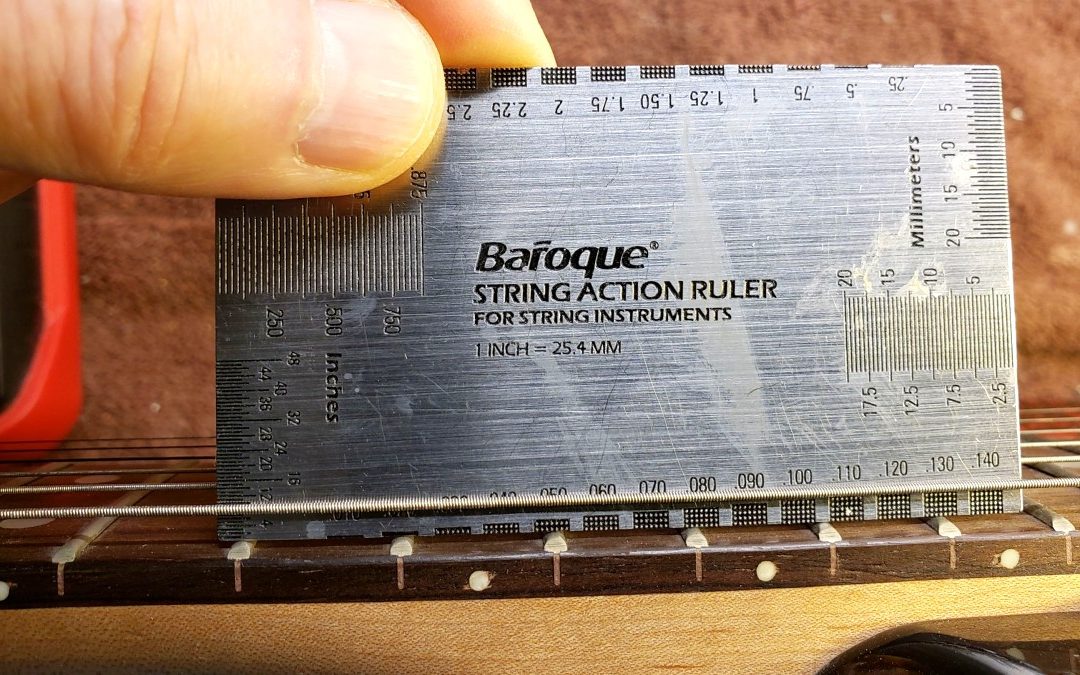 I think it was Reddit’s fault. I had a customer bring his cherished USA Fender Strat for a setup. Nothing unusual about that. Except that he asked for zero neck relief! “Umm…Why?” I asked.

Well, he’d read a post on a Reddit guitar forum where a fellow gleefully posted about how his new guitar played as smooth as a greased greyhound and twice as fast! When he measured things, he found zero neck relief; had an “Ah ha” moment and decided that a perfectly straight neck was the elixir that cures all guitar ailments!

My customer was here to get the same “Zero Relief Experience” which would solve all his guitar problems. it was time to drag out the whiteboard. But first, let’s just stop and think for a moment…

Why do we ever want neck relief? Doesn’t that just make the strings higher? After all, if you set your strings to be a certain height from the frets, and then introduce a slight bow in the neck, you have just increased string height, no?

Well, yeah, but that’s not how it works. Nut slot heights and neck relief is set BEFORE string (saddle) heights. So, if string height (aka: “action”) is set AFTER relief, just how does the neck relief affect action? Let’s take a look…

The above image represents a neck with no relief. That means that the neck is straight, therefore string heights are relatively the same across the fretboard. Actually, there’s a bit of an angle making the strings a bit lower at the first fret and a little higher at the highest fret, but close to what this image represents.

But…and this is the key point… that straight line does not represent a guitar string that is being played. Ever watch kids playing jump rope? The rope closest to their hands doesn’t move much, but the rope in the middle moves a lot, right?

If we dug a radiused ditch parallel to the rope, the kids could hold their ends lower because the rope would now have more room before hitting the ground. Get it? Let’s see how that would apply to your guitar…

The 8th fret represents the bottom of our “ditch”. With a capo at the first fret and your finger fretting at the highest fret (up at the body), you’ll measure between the bottom of E-string and the top of the eighth fret. With the extra room for our “rope” to oscillate in the center, we now can lower our string heights a bit more while avoiding buzzing on the center frets where our strings have a wider swing.

Note that in the second image, our string is closer to the first and last frets while remaining the same distance from the 8th fret. That, my friend, is called “lower action”!

So what was all that buzz about “greased greyhounds”??? I would imagine that even with the necessarily higher action his new guitar would have had, it may still have been better than his current guitar that hadn’t had a setup in a few years. The marketing on his new guitar might have been superb. Good marketing; a big-brand label, etc. often plants a suggestion in a guitar player’s mind that quality is involved.

We often feel a bit self-conscious about our playing abilities and long to be like the rock stars we see on tv. But thousands of hours of practice is just too much to ask… maybe if I just buy this “special guitar”… Well, ya know what P.T. Barnum said!